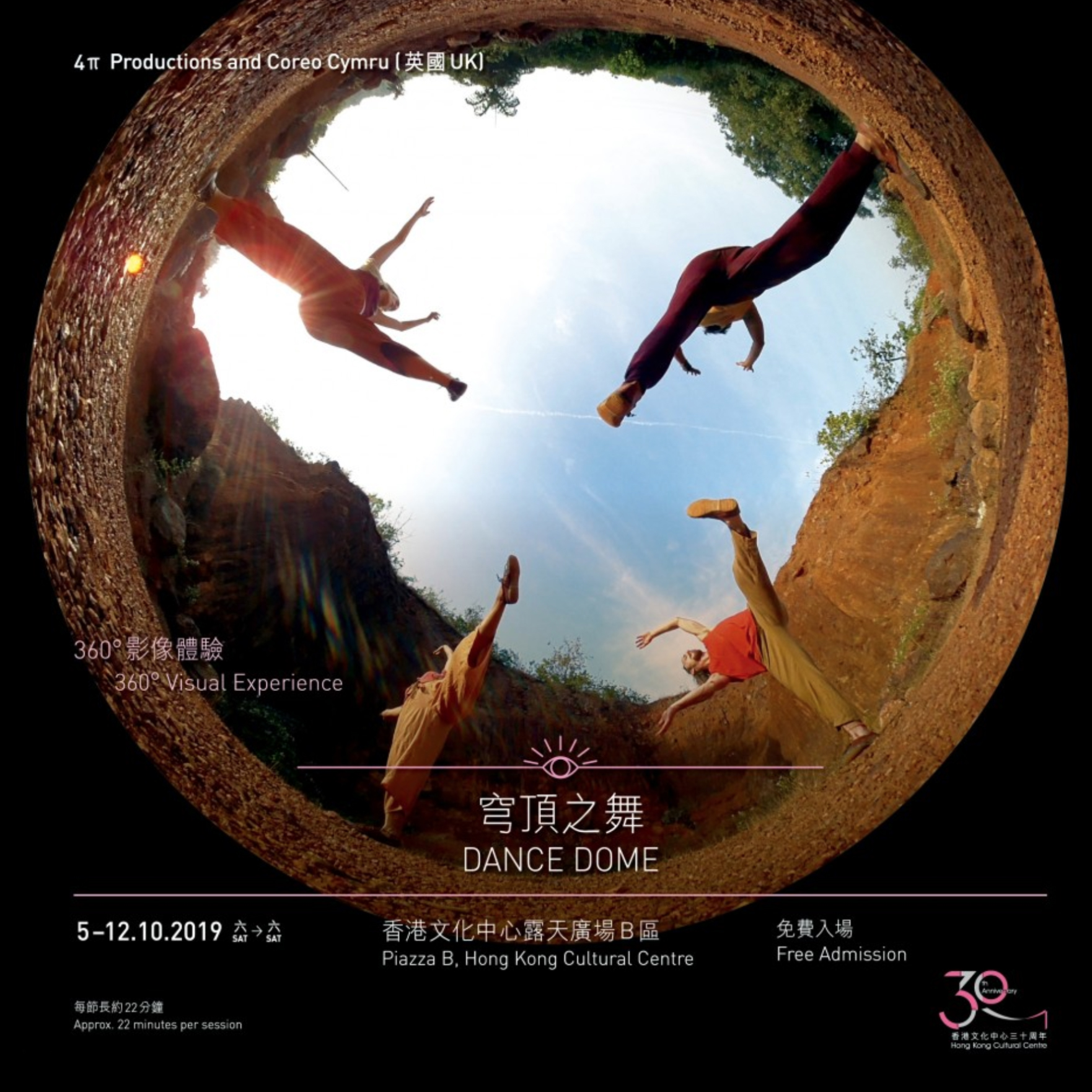 The Dance Dome in Hong Kong during October

From the 5th to the 12th of October 2019 The Dance Dome will be installed at the Hong Kong Piazza presenting three dance immersive films produced by the award winning studio 4Pi Productions in collaboration with Welsh based choreographers.

The Dance Dome is being presented as part of the 30th anniversary celebrations of the Hong Kong Cultural Centre representing the UK and joining the celebrations of such a high profile cultural institution in the city alongside the London Symphony Orchestra and Akram Khan.

Conceived by the Cardiff based immersive tech studio 4Pi Productions and co-produced with Coreo Cymru with support from Arts Council of Wales, the dome will be open to visitors each day to present the 360º dance films, The Beautiful, The Sublime and Liminality.